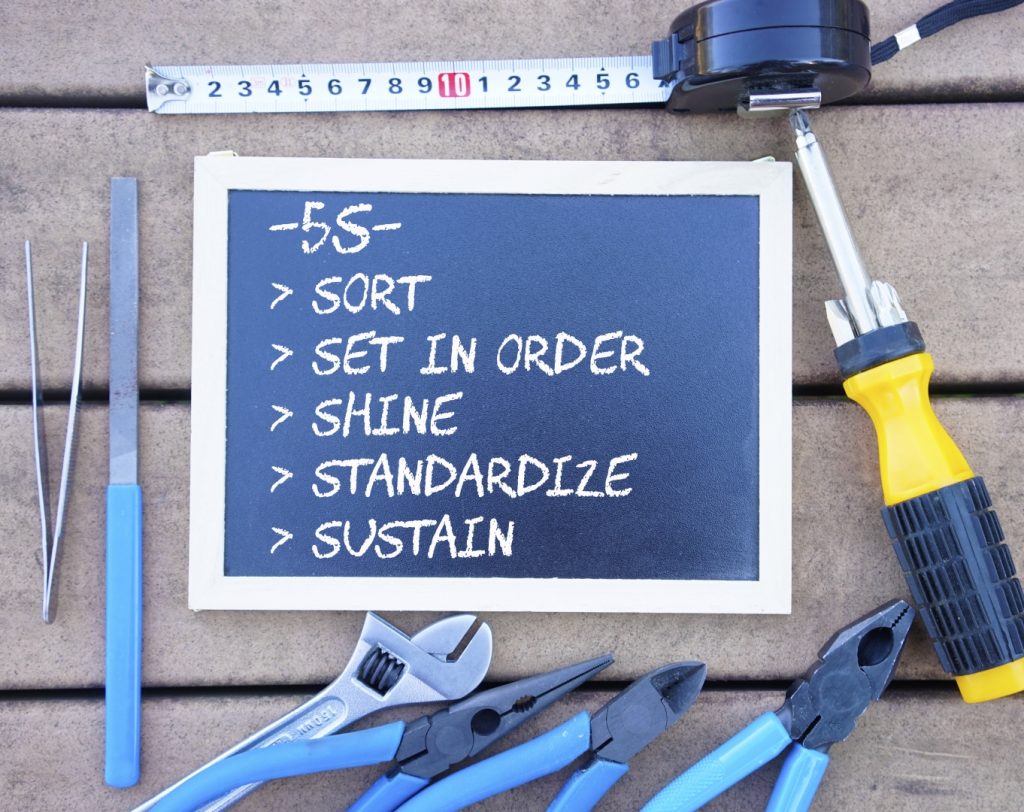 The 5S Method – the method for Optimizing Your Shop Floor

As most of us know, the Japanese can teach us all a thing or two about efficiency and quality. Along with the manufacture of cars, production of meticulous food and even the creation of a unique and minimal beauty model, the Japanese reach the field of production and development, and succeed in making this field efficient as well.

Familiarize yourself with 5S, a Japanese method designed to improve workplace efficiency, by creating a systematic framework for controlling order, organization and cleanliness. The 5S is derived from the life-wisdom approach exercised daily in Japan and is used as an optimization tool in many environments, from schools and households to workplaces and enterprises.

The 5S Method comprises five phases, each of which starts with the letter S (surprising eh?):

In summary, the 5S Method has many advantages as a focused work method which may increase workplace efficiency, reduce costs and improve quality. At the same time, as many other focused methods, along with the many benefits, the method may result in focusing on goals and to some extent, to the loss of the human factor, reflected for example, in safety of workers. Therefore, many enterprises choose to upgrade the original method and add the sixth S element – SAFETY, in order to preserve the human factor, and as a derivative of it, the safety of workers.

Why you should use icons in your work instructions

The 5S Method – the method for Optimizing Your Shop Floor